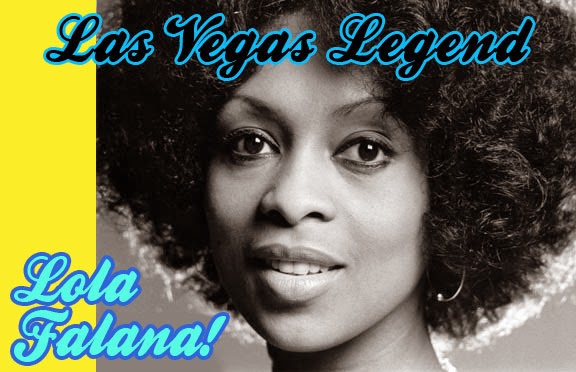 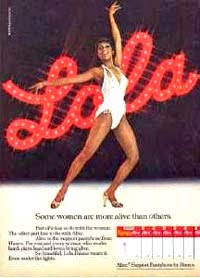 Lola Falana. This one woman blast of dynamite ignited the stages in Las Vegas and Lake Tahoe, a multi-talented beauty that attracted high rollers searching for entertainment of the highest order. So much so she was billed as "Miss Las Vegas" on the casino marquees in the 1970s.

A protege of Vegas legend Sammy Davis Jr., Lola got her start on Broadway in the 1960s, later migrating with Sammy to the West Coast where she found success on television.

But it was her electrifying Las Vegas show that really set the public's heart afire. She danced as well as she sang... and her voice was soulful and sexy. Her sleek look was crafted by Bob Mackie, famous for his gowns for Cher.

Here is the lady singing 'Sunny' in Spanish:

Lola was a popular guest star on network and syndicated variety shows. Here she is from Sha Na Na in the 1970s.

Lola! was a series of four ABC specials seen during January and March of 1976, produced by Allan Blye and Bob Einstein of Sonny & Cher and Smothers Brothers Comedy Hour fame.


Read all about Lola Falana's remarkable career on TVparty!
Posted by TVparty! at 2:43 PM No comments: